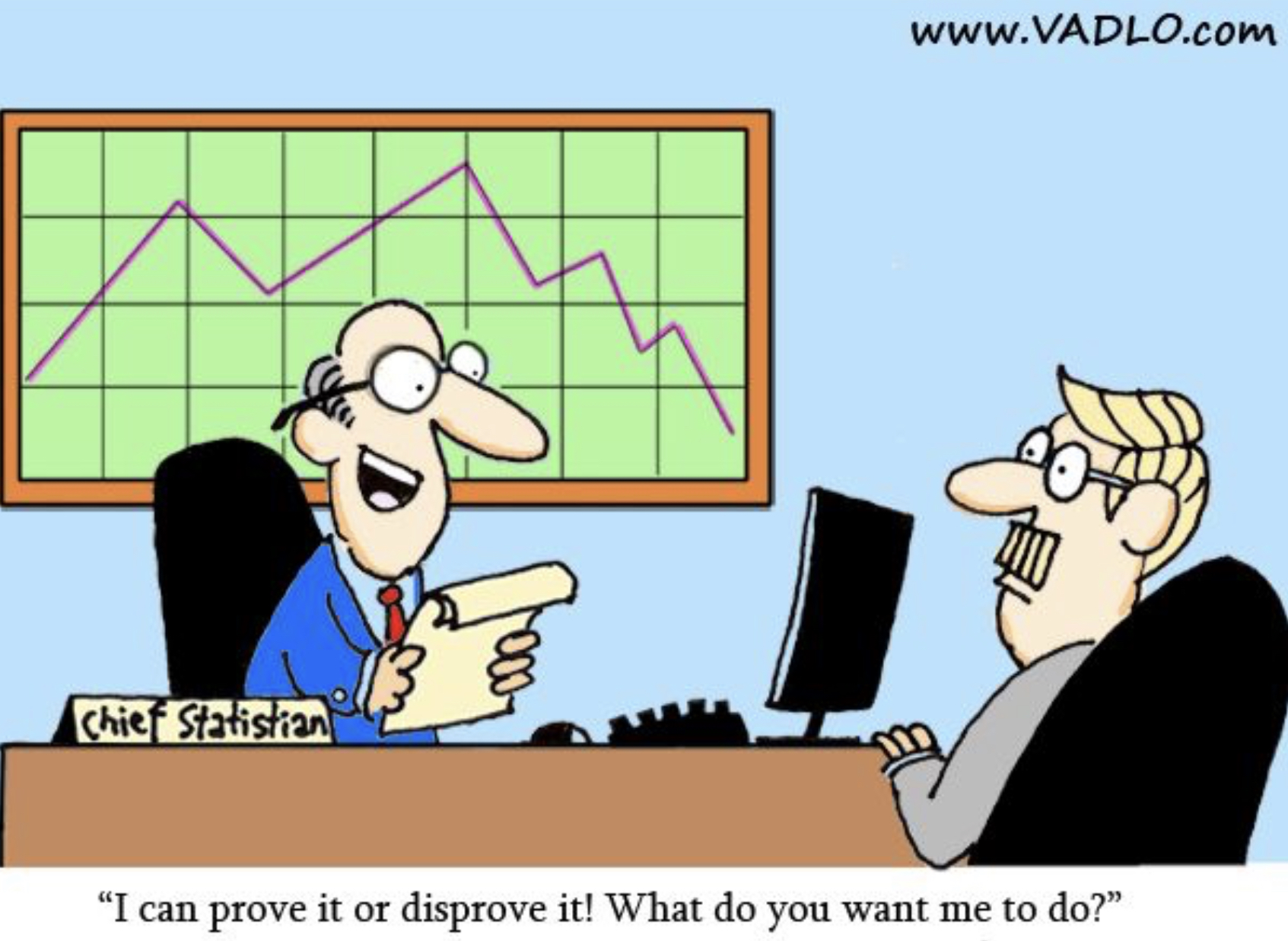 It can be found here.  Below is a screenshot of the question, with multiple biases such prefacing the question with information suggesting a lack of urgency and answers pitting jobs vs pollution. 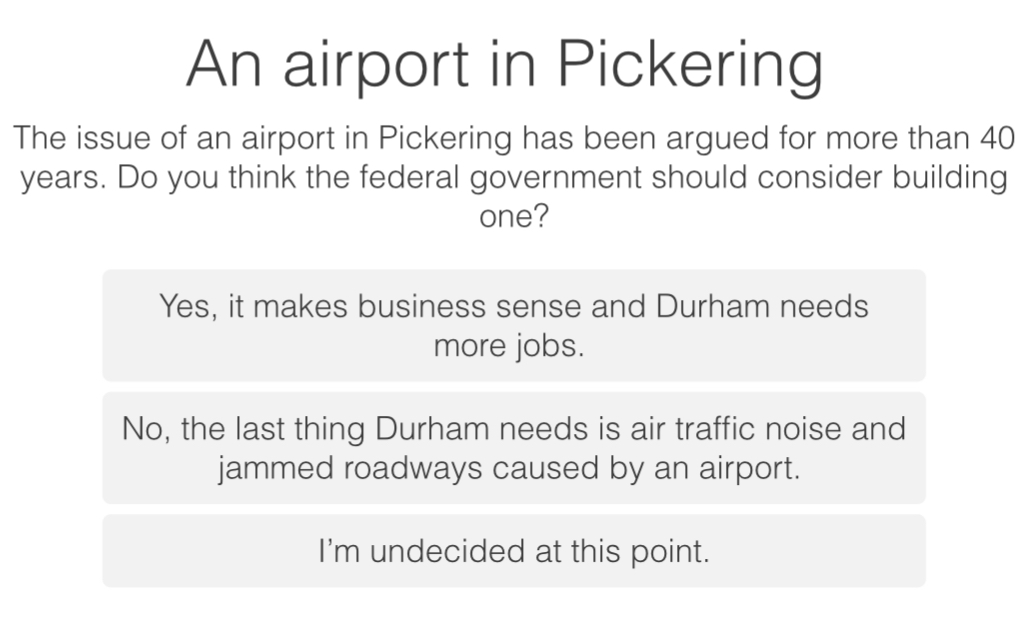 Unless you like killing puppies for a living, jammed roads polluting the environment and jet noise, you would naturally click the second answer. That the goal of the new airport is to reduce jet noise over Toronto, reduce unwanted emissions by reducing congestion at Pearson airport, and reduce traffic jams across the region by providing accessible aviation infrastructure, is never mentioned.

This poll is clearly biased and selectively placed, so why do it? What’s the point of an anti-airport survey underneath a pro-airport letter to the editor? Wording a survey question in a way that will sway a casual reader to pick a particular side is easy enough,  in this case with a leading question/answer. It is also statistically meaningless.

With its anti-airport bias this online survey would naturally be reposted on Twitter and Facebook by those groups opposing the airport, and ignored by pro-airport supporters. This is called the bubble effect. The fact that you get immediate feedback and can answer the poll as many times as you want will then amplify that bubble providing a deeply warped result.

So why create such a online survey? No doubt it provides a sense of devious empowerment to those hitting a button a hundred times. Perhaps enabling a few anti-airport wonks profiting from the status quo to hoodwink the majority was is the goal.  To an informed reader, the end result is to undermine the legitimacy of the survey and the anti-airport camp that created and promoted it.

Is the intent to build a false narrative? Is the aim to subvert the election in November where pro-airport candidates won by a landslide?  Hopefully you noted the leading nature of the questions I just asked. Ultimately the goal of polls like this is to sway the uninformed reader to one side of a debate.  It also infuriates the informed reader, creating the political division online communitys are famous for. It is not going to gather any sort of meaningful statistical survey.

Here is an example of a real survey with a question biased the other way :

The goal of the question above is not to gather a meaningful statistical result but rather to show how biased questions can communicate a message. Even with this example we limited the number of times you can vote to one, and do not show cumulative results, as these bias a survey to an extraordinary level.  We have standards, even in creating an example of bias.

Once the airport construction begins will that be the end of the “survey says” high jinks?  The Billion-dollar business communities based at Hamilton and Pearson airports will still be opposed to competition from Pickering.  The balance between these important business interests and the greater public good is an ongoing one, that’s the nature of democracy.  Given the lack of ethics displayed by this latest anti-airport survey, we can expect a small but vocal group of anti-airport wonks to continue with their divisive behavior. They seek to hijack or undermine the public’s voice. It is up to all of us to safeguard our democracy by calling out this behavior for what it is and challenging those involved.

Any journalist or newspaper that supports this sort of poll, even as a paid advertisement, needs to do some soul-searching about the harm they are doing to real political discussions. As to the group that created the poll, the only one you are fooling is yourself.

2 thoughts on “What is the real goal of a biased Pickering Airport Troll Poll?”