Toronto Pearson International Airport is measurably hotter than the surrounding area because of something called the “Heat Island Effect”. Pearson Airport was clearly not designed to consider the heat island effect. It is surrounded by urbanized areas, with less-than-ideal green spaces.

Heat islands can be man-made or occur naturally. Imagine walking barefoot on a hot sandy beach, or standing in a recently-plowed farmers field on a windless day.  Now imagine the heat island created when the sun is out and the wind is light, blowing over very hot asphalt or concrete. New urban environments such as an airport need to be designed to minimize heat islands.

Minimizing the heat island effect is one of the design goals of the new Jet airport being planned east of Toronto in Pickering. The benefits are many, since lower air temperatures result in improved passenger comfort and better aircraft performance on takeoff. It also produces energy savings on building air conditioning, costs on aircraft maintenance including tire wear, and reduced fuel burn as the density altitude is lower ( engines can be run at lower temperature and power settings for takeoff). 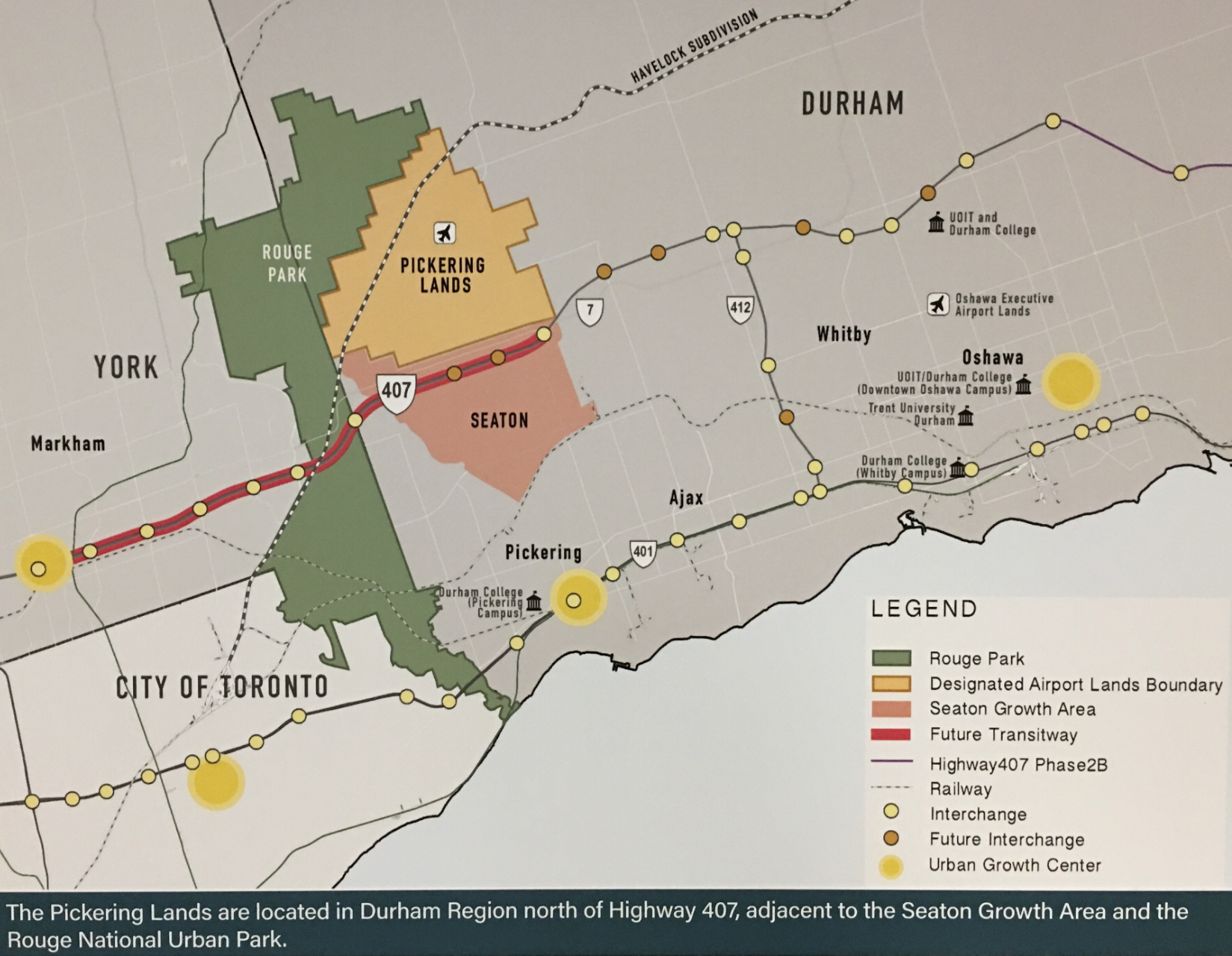 Green spaces are considered an appropriate way to reduce urban heat islands. This phenomenon is called the “Urban Green Space Cooling Effect”. Designing green spaces into an airport layout will create a cooling effect.  In addition to these urban green spaces, temperatures at Pickering airport will be heavily influenced by the surrounding area. This makes the nearby Rouge urban park an advantage in the new airport’s location.

The surrounding farmland is more problematic, since the type of crop and ground cover will have a large impact on local temperatures. It may be wise to turn some of the publicly owned fields adjacent to the airport into forest or parkland. This will aid in reducing noise, absorbing emissions and will help to offset the heat island effect.