Passenger aviation is now in the early stages of restarting from its COVID-19-induced shutdown. As the pandemic continues to turn the world upside down, airports and airlines are grappling with the new normal. How can they safely provide critical transportation services, moving both people and goods, to keep the economy going? How will new international social distancing and hygiene standards change airport operations? What does it mean for capacity-limited airports like Toronto Pearson? 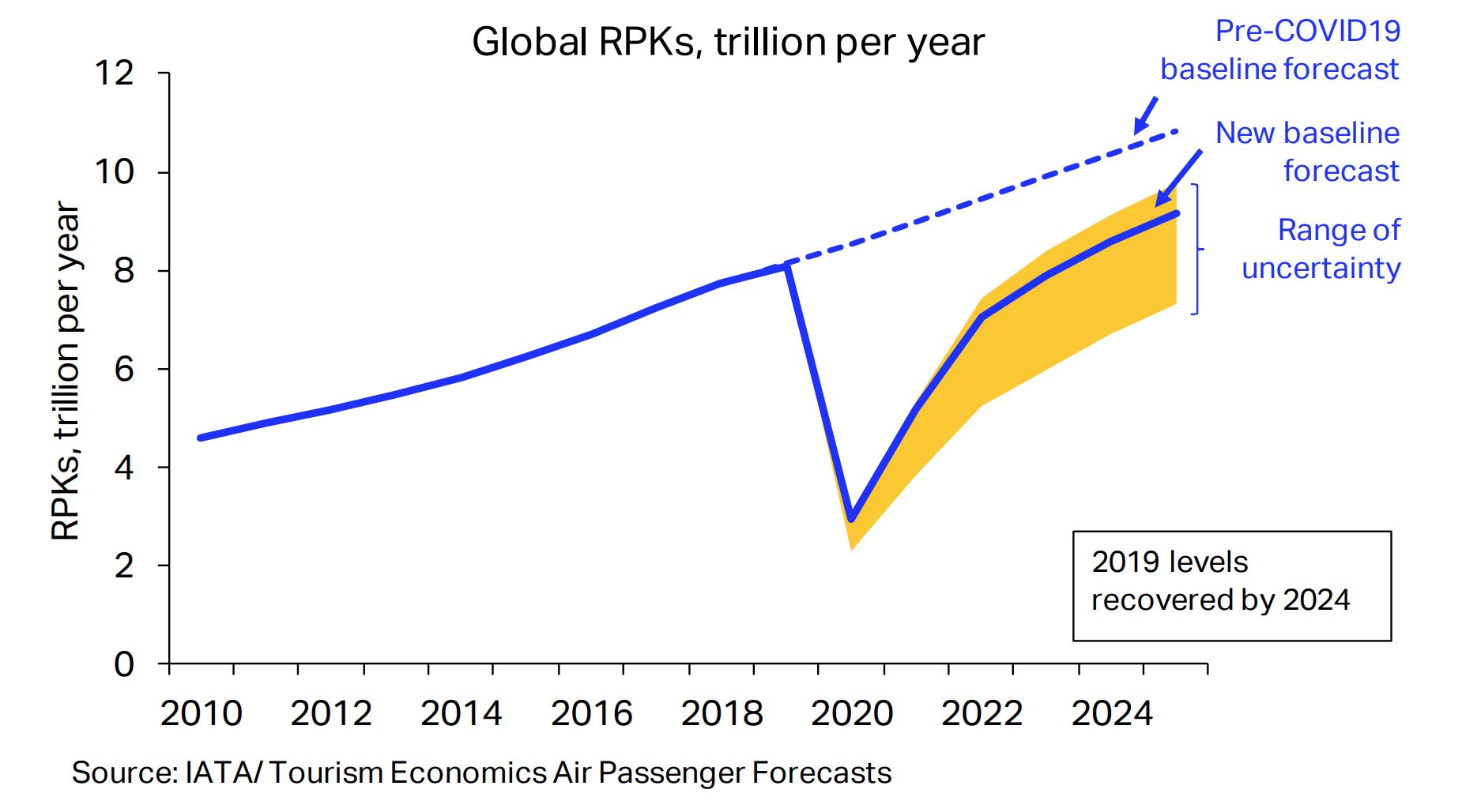 Consider the new disconnect between passenger demand and Toronto Pearson Airport’s capacity. Look past the currently empty terminals and grounded aircraft that anti-airport activists have used as an excuse to argue against new infrastructure, and think ahead to 2024. IATA (International Air Transport Association) now forecasts a return to 2019 passenger demand by 2024. But for Toronto Pearson to safely handle 50 million passengers, as it did in 2019, the following new factors need to be accounted for:

The evolving hygiene and social distancing standards from ICAO (international Civil Aviation Organization), and recommendations from IATA, will need to be implemented for years to come, and could become permanent. This will add time on-gate to clean and prep an aircraft between unloading and reloading passengers, as well as space for new social distancing standards for passengers.

Two of the most limiting factors for any passenger airport post-COVID are expected to be aircraft gates and the associated terminal and security space around the gate. Adding to the crunch is the shift that the pandemic appears to be accelerating, the existing industry trend of switching to narrow body from wide body aircraft. It takes three Boeing 737s to carry the same passenger load as a single wide body 777. 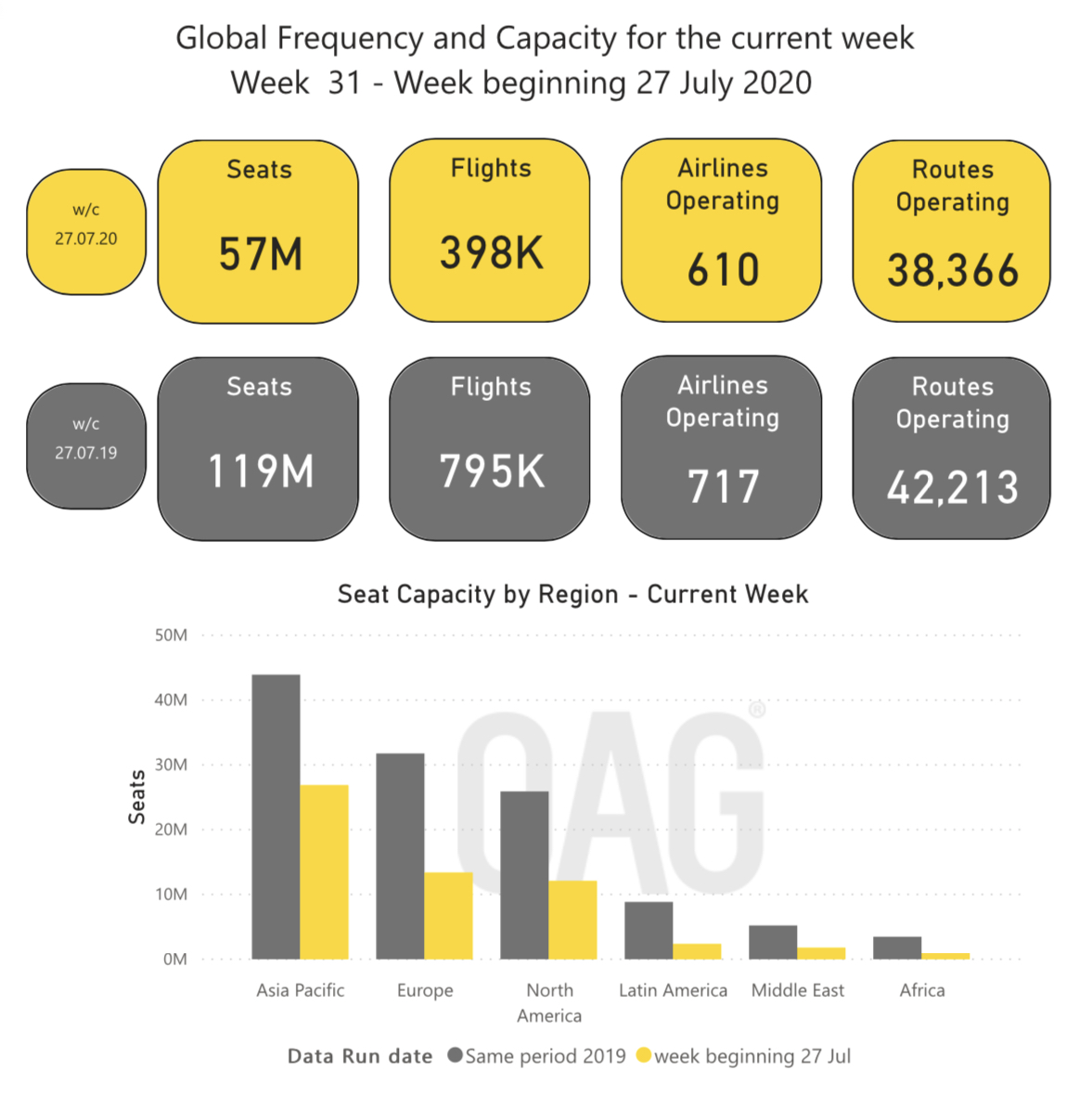 The combined effect will be congestion, an unknown reduction in current airport capacity and an increase in airline and airport costs, resulting in higher ticket prices. Hopes are high that the world-class team at the GTAA (Greater Toronto Airport Authority) can restore Toronto Pearson’s capacity to enable 50 million passengers by 2024. But expanding terminals (more gates and aprons) takes time and is a billion-dollar cost even if the land is available. Toronto Pearson is landlocked and space-constrained.

Unfortunately for Toronto, gates and terminal space have already been identified before the pandemic as chokepoints at both Pearson and Billy Bishop airports by a study done by KPMG. The KPMG ASA report, completed in June 2019 and released in March 2020, called for the addition of 5 million square feet of terminal space, and 256 new gates, between now and 2036 to handle the Toronto Region’s forecasted growth. This infrastructure shortfall, combined with the expected additional infrastructure required by post-pandemic updates to international standards, (see ICAO Cart task force) could make it difficult or delay the Toronto region’s recovery to 2019 passenger traffic levels. Handling the air travel demands of a forecasted 100,000 a year population growth in the Toronto area could be challenging without resorting to draconian travel restrictions.

A Spartan strip-down of the passenger terminals at Pearson by the GTAA (Greater Toronto Airport Authority) could reclaim some space for social distancing. But as volume returns, pre-pandemic passenger experience and comfort levels will be history. The lack of gates can only be solved by building new infrastructure.

These two chokepoints make it difficult to return to pre-pandemic passenger experience levels and passenger volumes. Handling the additional demands created by the expected population growth forecast for the Toronto region puts accessible affordable air travel in jeopardy.  In a global economy, this lack of infrastructure will restrict air travel (slower boarding, longer wait times at the airport, higher ticket prices) and will hurt Toronto’s efforts to recover economically from the pandemic.

It is still early, and new post-pandemic standards have not yet been set in stone, but the danger of a stalled Toronto recovery is real. According the World Health Organization (WHO), a vaccine may not be a silver bullet.  The risk is off-scale to the cost of building new infrastructure that was already being planned for with Pickering Airport.

Beyond addressing the forecasted need for more aviation capacity in the Toronto region before 2036, a Pickering Airport could also be the opportunity to add any new gate and terminal capacity caused by COVID-19 aviation safety restrictions and new standards.

It will take 10 years to build a new airport in Pickering with the capacity needed, can we afford to wait any longer?

Update: on August 14, Seven days after this post Transport Canada announced an it’s anticipated outline of new standards in line with the ICAO CART initiative. It is in line with the issues discussed and can be found here.

WHO says no silver bullet to pandemic.

The pressure to lift travel restrictions.

Vaccine will not remove the need for new hygiene standards

IATA reference on travel and health